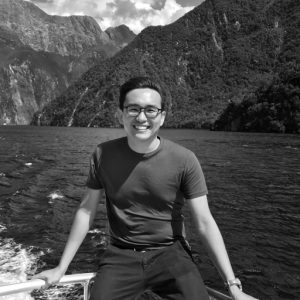 Probably reviewed every hair styling products, thankful that his hair is still intact. Loves travelling and trying to be healthy and pump some muscles at the same time!

Most people think that working out is all about physical strength and endurance. However, there’s more to it than just that. To have a safe and effective workout, you must have the proper equipment. For instance, if you’re going to be lifting weights, weightlifting belts and gloves come in handy. Gym gears and equipment help you avoid injury and get the most out of your workout. You’re more likely to hurt yourself or fail to reach your fitness goals without the proper gear. One such piece of equipment is a flat bench.

A flat bench is an excellent tool for strength exercises because it allows you to stand, sit or lie down in the correct position. It is also called a flat weight bench. Some benches are adjustable and can be used at different heights, while others may only have one height setting, but they’re still handy. They are used mainly to target chest muscles, such as during chest presses or bench presses. Before we dive into some of the most effective workouts on flat bench, let’s look at the muscle groups that can be targeted.

The major muscle groups that are targeted by the bench presses are:

The Pectoralis major is the superior and greatest muscle of the front chest wall. It is a thick, fan-shaped muscle that creates the frontal wall of the axilla and rests beneath the breast tissue. The pectoral muscles are divided into three groups:

The ball-and-socket joint that joins your arm to your body’s trunk is where your deltoid muscles are. The deltoid muscles enable you to move your arms in different directions. Your shoulder joint is also protected and stabilized by them. The deltoids are skeletal muscles. Humans have three deltoids:

During bench presses, your anterior deltoids are the most active.

The Triceps brachii is the only member of the arm’s posterior muscle group, covering nearly the whole humerus length. The triceps brachii muscle has a long medial and lateral head that arises from the humerus and scapula, respectively, and inserts into the ulna through a shared tendon.

As mentioned earlier, a flat bench is meant for presses. Let’s see how to do flat bench presses accurately!

How to Do Flat Bench Press

There are different variations of bench presses. For example, some use dumbbells, while others use barbells for bench presses. The steps are similar for both these variations, which are as follows: